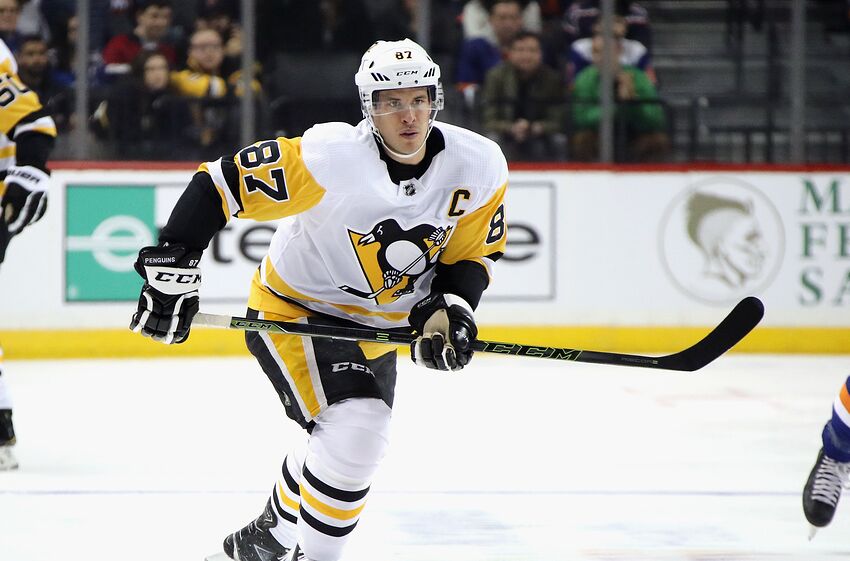 NEW YORK, NEW YORK - NOVEMBER 07: Sidney Crosby #87 of the Pittsburgh Penguins skates against the New York Islanders at the Barclays Center on November 07, 2019 in the Brooklyn borough of New York City. The Penguins defeated the Islanders 4-3 in overtime. (Photo by Bruce Bennett/Getty Images)

Steelers: Three Keys to Winning in Week 10 by Chris Ross
The Penguins are Building Resiliency Into the Team Identity by Matt McGinnis

The Pittsburgh Penguins have overcome some devastating injury luck this season, but if Sidney Crosby misses time, the season could be doomed.

Injuries have been the story of the season so far for the Pittsburgh Penguins. From Evgeni Malkin missing roughly a month to Kris Letang‘s recent injury putting him week-to-week to Patric Hornqvist’s lower-body injury putting him out for the foreseeable future, it’s been a rough season for Pittsburgh. Despite all those injuries, however, the Penguins have been able to stay afloat, in no small part due to the stellar play of the long-time face of the franchise, Sidney Crosby.

Averaging a point-per-game, Crosby has led this team to a winning record despite losing major pieces of his supporting cast. That leadership and skill is why seeing Crosby exit Saturday’s game with a lower-body injury is particularly disheartening. As of now, the extent of the injury is unknown, but if Crosby is forced to miss any extended time, the Penguins may be doomed.

Crosby’s impact goes well beyond the statistics. He is the glue that holds the Penguins together, and his leadership has been essential to keeping this team afloat. Pittsburgh is still a relatively talented team, even without Crosby on the ice, but that talent can only go so far without their heart and soul out there with them. Don’t overlook those statistics either.

More from City of Champions

A point-per-game is a hefty task for any player, let alone one who is 32-years-old and missing some talented guys around him. His 17 points this season have him tied at 21st in the NHL as of Sunday morning, while his 12 assists have him tied for 15th league-wide. Losing him would mean having to replace quite a bit of production.

Even for a team as resilient as the Pittsburgh Penguins, losing a player of Sidney Crosby’s caliber has the potential to be devastating. Until we know the true extent of his injury we can stay hopeful, but if Crosby is forced to miss any sort of significant time, Pittsburgh’s season may go down with him.